We are proud to say that the newest business area of our company, Renewable Products, is based on the NEXBTL technology, a product of our own R&D efforts. The technology is covered by patents. 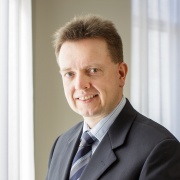 Watch the animation on bigger screen.

The renewable diesel we refine is hydrotreated vegetable oil (HVO), while the conventional biodiesel (FAME) has been made using the esterification method.

The quality of our renewable diesel is superior compared to traditional biodiesels. Unlike conventional biodiesel, the quality of Neste MY Renewable Diesel™ remains excellent even when the raw materials change. As a byproduct, NEXBTL technology can be utilized to make, for instance, renewable gasoline, and biobropane.

Neste MY Renewable Diesel™ can be used as such to replace fossil diesel, since their chemical consistency is similar. It can also be mixed with fossil diesel without any restrictions, or used in even at 100% concentration.

Due to its chemical consistency, it can also replace fossil raw material in uses other than traffic fuel. Neste's renewable fuels have been used and tested in airplanes, as a blending component for aviation fuel, in turbines, generators, ships, yachts, and the working machines used at mines and construction sites. Additionally, Neste MY Renewable Diesel™ can be used in the chemical industry, for instance as raw material for renewable plastics or as a renewable solvent in paints.

Do you know all renewable products that we nowadays produce?
read more

We are actively looking for new collaborations with technology providers in all our strategic value chains. You are welcome to join us on the journey to lower emissions, reduce the use of fossil raw materials and tackle climate change.
Find out more
Twitter
Facebook
Linkedin
More