The base oil market in the Middle East seems to be blooming, as the demand of lubricants will continue their growth at 5% rate over the next five years. Demand for Gr II, Gr III and Gr III+ should even follow a fastere pace of 15%.

The Middle East area consists of 12 countries that have a total population of approximately 200 million. The total production of base oils in the region is approximately 2 million MT/a. The ten base oil refineries in the Middle East are located in Iran (5), Iraq (3) and Saudi Arabia (KSA, 2). As it can be concluded from the distribution of the plants, Iran (production capacity 975 KT) keeps the first place in the base oil capacity. Iran is followed by Iraq (760 KT) and KSA. Iran is also the leader in lubricant producing.

As Neste Oil aims at being one of the leading top-tier base oils suppliers in the global market, the company is also eager to take advantage of the growth potential in the Middle East by increasing its presence in the region. As we already know, Neste Oil is building an API Group III base oil plant in Bahrain, in a joint venture with Bahrain Petroleum CO. and nogaholding. After its completion during 2011, Neste Oil’s base oil capacity will increase annually with 400,000 tons, which means 7,700 daily barrels. After the start up of the Bahrain plant the Neste Oils total very high viscosity index (VHVI) base oil capacity will increase from current 250,000 t/a to 650,000 t/a. The trend seems to be favourable for high quality oils, although some countries are still using API SC/CC type oil for automotive oil. The current general trend suits perfectly for Neste Oil as the company’s production concentrates on high quality oils.

In addition to the forthcoming start up of the Bahrain base oil plant, the company’s already announced partnership with Abu Dhabi National Oil Company (ADNOC) will definitely strengthen Neste Oil’s position in the Middle East market. The additional NEXBASE® production of 600,000 t/a is expected to be brought onto market at the end of 2013.

As stated before, lubricants demand is also expected to continue its growth path in the near future. Major applicants for industrial lubricants are hydraulics, metalworking, gear, turbine and compressor oils. The lubricant demand is at the moment 1.7 millions ton per year and it is expected to continue to grow. Main markets for lubricants in the Middle East are Iran (0,75 m – 45%), KSA (0,35 m – 21%), Iraq (150 KT – 9%), Syria (100 KT - 6%) and United Arab Emirates (~ 90 KT- 6%). Arab Emirates is the main trade centre for the Middle East market.

To sum it up, the future of base oil business in the Middle East looks promising and Neste Oil is really taking advantage of this new market area full of growth potential! 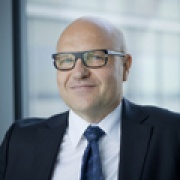