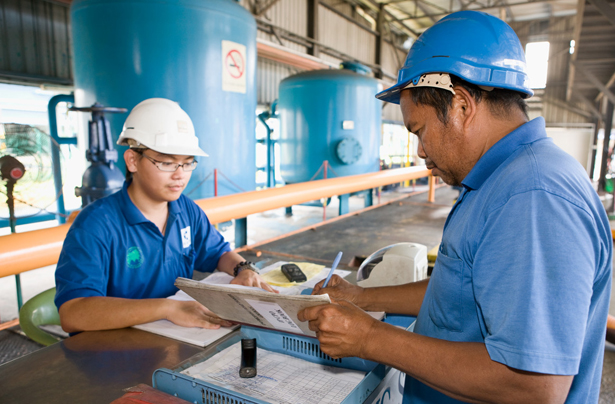 One of the palm oil suppliers used by Neste Oil acquired a smaller company a couple of years ago. It quickly became clear, however, that there were a number of issues associated with the company’s land use rights and that various sections of the local population claimed they owned the rights to the land in question.

Neste Oil contacted the supplier’s sustainability staff and asked them for background information on the case, and also contacted the Roundtable on Sustainable Palm Oil (RSPO), which grants sustainable palm oil certificates.

“We wanted to ensure that the RSPO investigated the case,” explains Simo Honkanen, Neste Oil’s Senior Vice President, Sustainability and Public Affairs. “We also met members of the local population. Our sustainability unit in Singapore monitored developments very actively, and in the end our senior management contacted the supplier’s owners.”

A number of issues, both proven and disputed, have arisen over the years as part of the certification process – often related to cases where cultivation has been extended into new areas and where deforestation regulations have been broken.

The RSPO has investigated a total of around 50 cases. Many have been linked to disputes about land ownership, while some have resulted from people’s working conditions or their employment contracts.

When it becomes aware of a dispute, Neste Oil reviews the case through its sustainability unit and immediately contacts the RSPO to help resolve the issue.

“Our principle is that conflicts and disputes are reviewed in as transparent and impartial a way as possible,” continues Simo. “That means listening to all sides. It’s also why we always want palm oil disputes to go to the RSPO for review and investigation.”

Neste Oil often hears of cases where regulations have been infringed or that disputes have arisen from NGOs. Sometimes the cases are unfounded and sometimes they relate to sites that Neste Oil no longer buys palm oil from.

What happens if the suspicions prove true, however, and it can be shown that agreed practices and procedures have not been followed?

“We believe that everyone should always be given the chance to improve their operations. This is the way to promote progress. As a major buyer of palm oil, we also believe that we can make a positive contribution to improving the way the industry operates,” says Simo.

“If a situation is not corrected, our last resort is to terminate our contract with the supplier. We can restart purchases, of course, if the supplier can show that they have improved their operations.”

Neste Oil’s decision making is made that much easier today by the fact that it only buys certified palm oil. If a supplier fails to bring their operations up to standard, they will lose their certificate.

How Neste Oil reacts to problems or incidents, if they arise?