Neste Latvia has taken part in Latvian Sustainability Index since 2011 and the company has been ranked in TOP10 for three consecutive years. This year, the index emphasized equality between men and women in the participating companies. Neste Latvia was awarded with ‘the Most Gender Equal Company in Latvia’ honorary award.

It was stated in the award ceremony that, according to studies, equal participation of genders in company’s senior and middle management improves functionality of organization and financial results in the European Union. In addition, it was stated in the ceremony that ensuring equal possibilities for both men and women is one of the cornerstones of business in the European countries.

“Our experiences are in line with the study results, for our financial results have improved four years in a row.”, says Arttu Airiainen, General Manager, Neste Latvia. 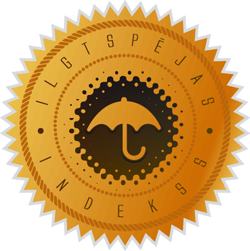