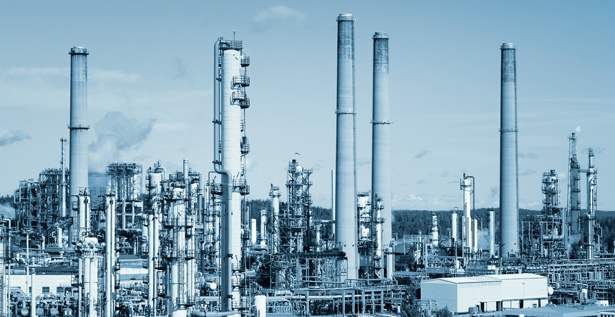 Neste Oil's oil refining uses its resources exceptionally efficiently and wisely. Hardly any waste is generated, and everything that can be recycled is recycled. This is why some of the functions are surprising, such as a type of precious metal production. The smart way in which resources are utilized can be seen in different parts of the refinery.

Where can you find a major Finnish producer of vanadium, or where is one of Finland's largest platinum repositories and the raw material source for many bottled gases? The surprising answer is Neste Oil's refinery at Porvoo. These activities are based on the goal of not letting anything go to waste – this applies to raw materials, energy, and other resources.

"Hardly any waste is generated from the raw materials the refinery uses. We try to find a smart way of utilizing everything," Kolsi explains.

The value of this way of thinking is particularly pronounced in the oil refining, where the production volumes are huge. "The refinery's annual capacity is 13 million tons. Even if only 0.1% of this volume goes to waste, we are talking about a huge amount of materials. We strive to minimize all losses."

This goal can be seen in all parts of the complex refining process.

Everything is recovered and reused

The basic principle of oil refining is simple: crude oil is heated so that different fractions can be separated from it by means of distillation.

This separation process results in gasoline, aviation fuel, and diesel, as well as heavier fractions, such as heating oil, bunker fuel, and bitumen. Crude oil fractions can also be turned into base oil, which is used to manufacture lubricating oils.

When the different fractions have been separated, their processing will continue. This is the challenging part of process. "We crack molecules, combine them, and process them in many ways to manufacture products that meet the current highly exacting quality demands," Kolsi explains.

This process also involves the removal of unwanted substances, such as sulfur, which would be harmful in fuels, both for the environment and for engines.

"We separate the sulfur and recover it," Kolsi says. "Sulfur is widely used in Finland and that is why it must be imported. Sulfur is an important raw material of the chemical industry."

The refining process also generates a variety of gases, which are utilized as well. Hydrocarbon gases are used in the refinery's own energy production, for example. Some of the gases are recovered and sold as feedstock to the petrochemical industry.

"Even CO2 is partly recovered in the hydrogen production unit. A third party purifies the gas and sells it further to be used as a propellant, in the food industry, or as an extinguishing media," Kolsi says.

An industrial symbiosis has been created in the Porvoo refinery area: raw materials and energy are efficiently transferred between various companies. What someone calls "waste" or side product is someone else's raw material.

"Catalysts are usually tiny aluminum oxide granules with a small amount of precious metals on their surface," Kolsi explains. "The catalysts become deactivated over time, at which point they must be replaced. The metals are recovered from the spent catalyst.."

This is important because large quantities – tens or even hundreds of tons – of the catalyst granules are needed. "One of Finland's largest platinum repositories is located at the Reforming Unit of the Porvoo refinery."

Some of the catalysts pick up external metals from the crude oil. They are recovered, too.

"Crude oil is one of Finland's largest sources of vanadium. This metal is recovered and sold," Kolsi says. Vanadium is a highly valuable raw material that is used when manufacturing robust yet light-weight vanadium steel, for example.

Not even energy goes to waste

The resource efficiency principle also applies to energy. "One of the most important devices used when refining oil is a heat exchanger. We always strive to utilize the extra heat," Kari Kolsi says.

What kind of waste does the refinery generate after all of these recycling processes? "Hardly any waste is generated from the raw materials," Kolsi says. Some salts and a little sand are all that is left.

"Maintenance work generates some waste but it is sorted with care. We have paid a lot of attention in the management of waste and recycling. Compared to the scale of the operations, we generate little waste to be taken to a landfill."

Even though the situation is already good, the refinery continues to improve the utilization of resources. The goal is not wasting anything and taking the environment into account in everything the refinery does.