Neste successfully delivered its first batch of sustainable aviation fuel to San Francisco International Airport (SFO) via pipeline, where it will be used by major airlines committed to reducing carbon emissions.

Neste is the first company to deliver sustainable aviation fuel, under its brand name Neste MY Renewable Jet Fuel™, to SFO using the existing multi-product pipeline infrastructure.  The same pipelines were originally designed to carry fossil fuels and other oil products, and are now carrying high volumes of sustainable fuel to aircraft serving Bay Area passengers. Alternatively, Neste would have had to consider delivery via truck, which could have utilized fossil fuel.

The final processing and production activity for this batch of sustainable aviation fuel was completed in Houston, Texas. To get the fuel to California, Neste teamed up with Crowley, a family-owned vessel logistics and management company based in Florida, which transported Neste’s SAF to California on a U.S. flagged tanker where it was stored in a refurbished tank that previously was used to store oil products before being safely delivered to SFO. All this demonstrates the many potential economic benefits of a thriving biofuel industry in the United States.

“This is a clear signal to anyone wondering what the future of air travel is - it will be low-emission, it will be sustainable, and it will be powered by sustainable aviation fuel.” said Chris Cooper, Vice President for Renewable Aviation at Neste North America. “The FAA expects more than 1.3 billion Americans will board an aircraft in 2040. This milestone shows that Neste is ready to play its part to help the aviation industry plan for and create a sustainable future where we can keep these people flying with a much, much smaller carbon footprint.”

This pioneering success drives a change in the aviation industry to make the SAF supply chain more climate-friendly and further reducing the industry’s carbon footprint.

A Pioneering Partnership to Accelerate the use of Sustainable Aviation Fuel

In 2018, SFO signed a Memorandum of Understanding (MOU) with Neste and a group of eight airlines and fuel producers to expand the use of SAF at the airport. The agreement was the first of its kind to include fuel suppliers, airlines, and airport agencies in a collaborative effort to accelerate the global transition to SAF. 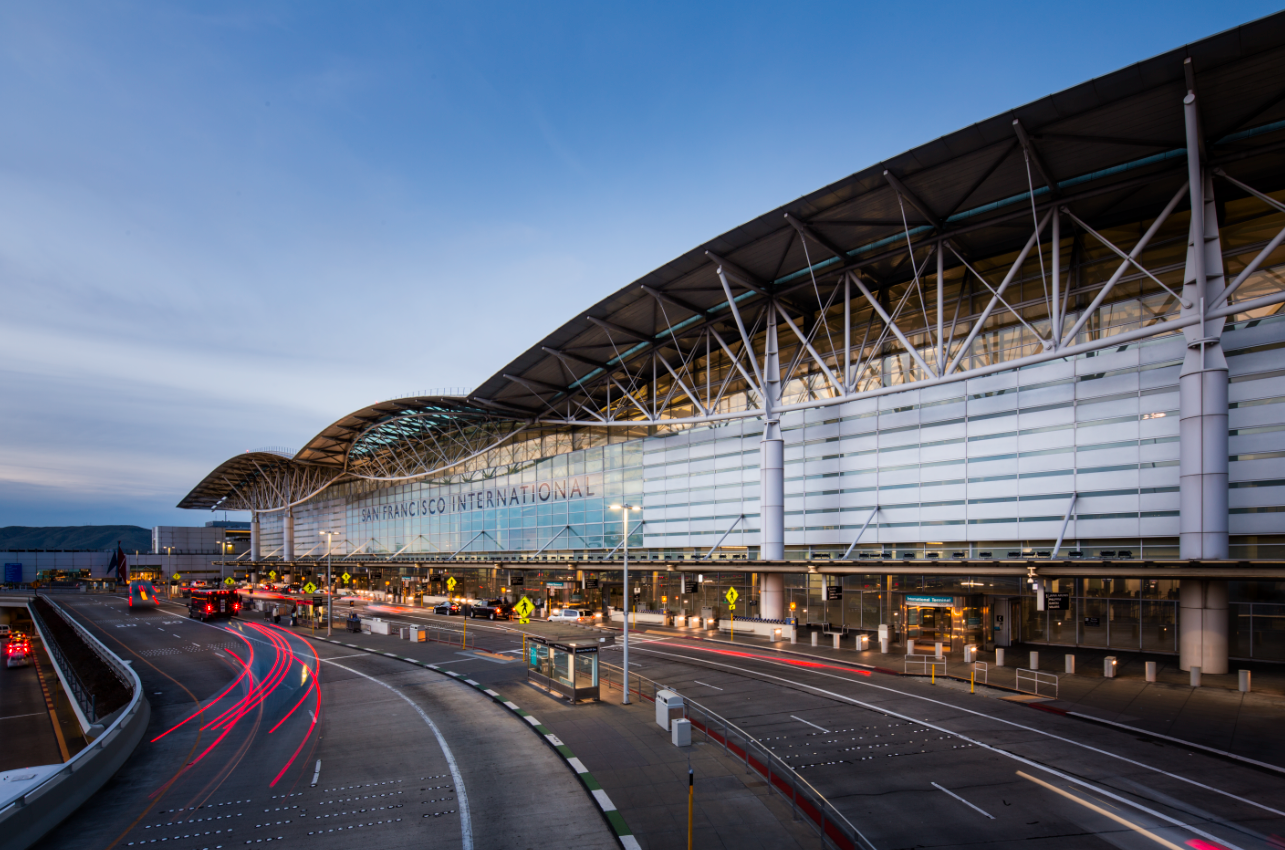 “This is a major milestone in our goal to make SFO a hub for the use of sustainable aviation fuel in our pursuit of carbon neutrality,” said SFO Airport Director Ivar C. Satero. “By focusing on the entire supply chain process, achievements like this one have the power to transform the landscape of our entire industry. I am grateful for our partnership with Neste to make this climate quantum leap a reality.”

The deal is part of SFO’s five-year strategic plan of becoming a “triple zero” campus, achieving not just carbon neutrality but also net zero energy and zero waste. This is also in addition to the airport’s goal of being an operator of healthy and water-balanced facilities. 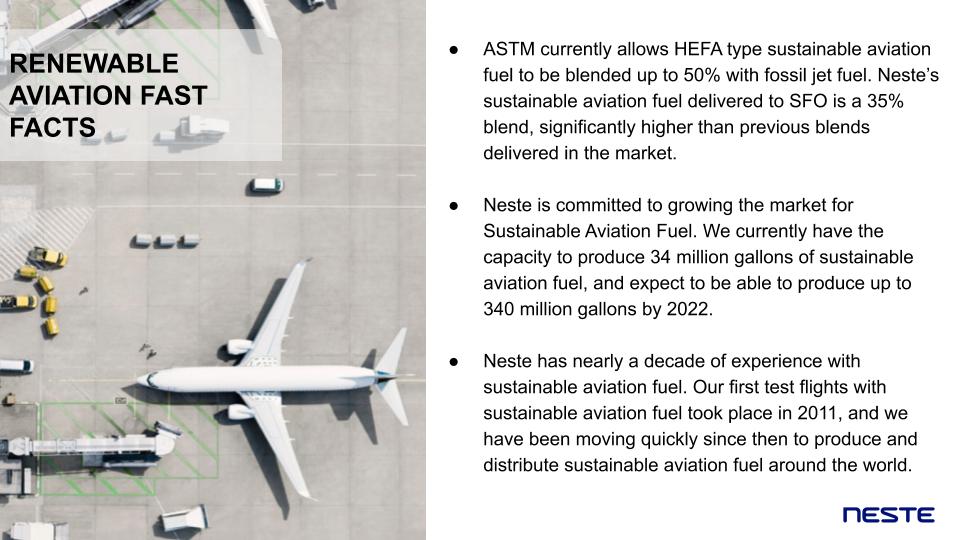